The Holy Week in the Valencian Community 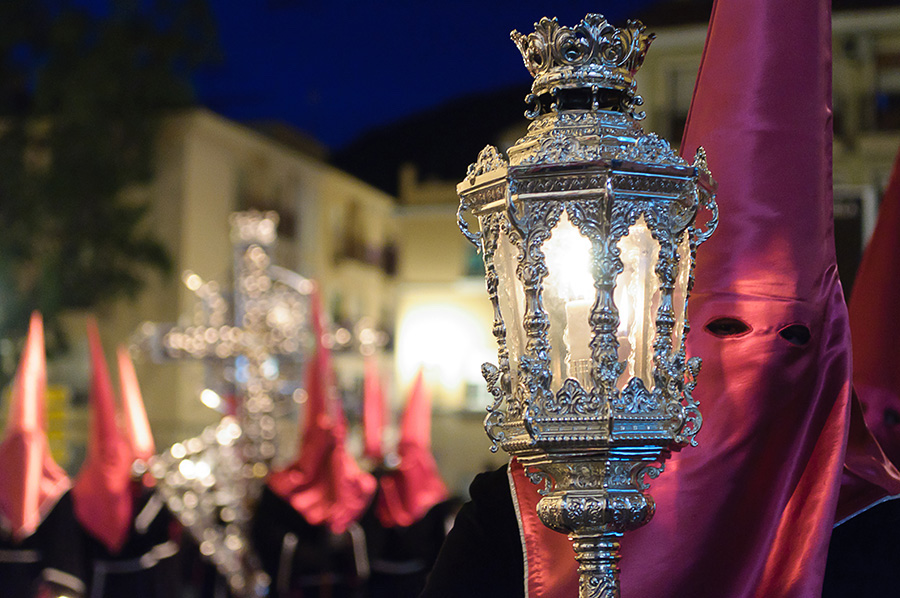 The Holy Week has its religious origin in Christian Easter, a celebration carried out from practically the beginning of this religion, destined to commemorate the last days of Jesus Christ on earth, his resurrection after the Roman crucifixion and to remember his message among all his followers. For this processions are celebrated in almost all the regions and municipalities of Spain, each one with its origin, tradition, history and own organization.

It is important to point out that in the Catholic and Orthodox churches Easter falls on different dates, this is due to the fact that Orthodox follows the Julian calendar for its celebrations, but the Catholic Church reformed it and implanted the Gregorian calendar. It is because of this alteration that there is a difference of some days in the celebration of these holidays between both churches.
The origin of the festival is not completely religious, so religion and paganism are mixed giving rise to curious hybrid traditions. The dates coincide with the start of the spring equinox, a crucial time for previous cultures since it corresponds to the beginning of the planting season, an important process for the first societies to flourish, from the Neolithic to the most modern.

This combination of pagan and religious origins has given rise to figures such as Brotherhoods. These are the associations responsible for coordinating the religious parades or processions that cross the most central streets of the towns and cities that celebrate them. Their birth is dated around the fifteenth century, and seems to go back to groups of lay people – that is, non-religious people – who came together with two main functions: to support each other in difficult times (such as illnesses and deaths) and to experience the Passion of Christ (Penance). It was with the aim of representing the pain of Christ that they began to take to the streets carrying images (large representations of wood carvings) until they reached the theatrical and spectacular dimension that they have today. Some brothers came to self-flagellate to transmit the pain of Christ, but the Government of Carlos III (eighteenth century) vetoed such actions to consider them excessive.

The Holy Week is celebrated in many cities and municipalities of the Valencian Community, paying homage to this religious and secular origin at the same time. We tell you through a virtual chronicle what you can not miss in the next editions:

The city of Valencia, situated in the province of Valencia, one of the three provinces of the Valencian Community, celebrates its Holy Week Marinera because it was born by the sea and those who founded, popularized and continue to celebrate it through time are people related to the sea.

Processions from each parish, live music, prayers for those who lost their lives at sea and numerous acts. On Palm Sunday is celebrated the procession of the palms, which pays tribute to the entrance of Jesus in Jerusalem and has very emotional moments. On Holy Thursday there is the Procession of the Torches, where silence reigns and lighted candles.

Sagunto is a beautiful town located in the province of Valencia and reference point of the Roman Empire during its occupation of the peninsula. The origin of his Holy Week is believed to date back to the guild of linen weavers, cloth makers and fabrics from Valencia, who occupied part of the Saguntina Jewish Quarter.

Since 2004, the Saguntina Passion is celebrated, a work performed by Saguntinos without theatrical experience that recreate different passages of the last days of Christ. All accompanied by impressive processions and a hectic schedule of events.

Already in the province of Alicante, Crevillente celebrates a Holy Week declared of International Tourist Interest since 2011 and whose origins go back to the seventeenth century.

Art, tradition and religion are the ingredients that define this celebration. It is framed in the septenary portico in honor of the Virgen de lo Dolores, which is commemorated throughout the week before the acts of passion. Throughout the week there are processions in which you can contemplate the imagery, the art of wood carvings.

Also in the province of Alicante, one of the most outstanding in Spain. The Holy Week of Orihuela, is one of the most relevant religious-cultural expressions, also declared of international tourist interest. Its calendar of events takes place in its historic center declared Historic-artistic and Monumental site since 1969. During several days there are processions from Domingo de Ramos until Easter Sunday, the General Procession of Good Friday being one of the largest in Spain, collecting ten brotherhoods and more than 8,000 Nazarenes, 1200 musicians, two hundred Roman soldiers and hundred Praetorian Guards.

As you can see in the Valencian Community you can also enjoy some of the most deeply rooted and ancient traditions of the peninsula and at only a few kilometers from the Costa Blanca. Quality of life, ideal temperatures, unique beaches and connections with the best airports come together in one of the most demanded regions of Spain.

At Villas Internacional we are experts in the real estate sector in this area. If you are thinking about buying a house, apartment, plot, villa or luxury villa on the Costa Blanca (Albir, Benidorm, Calpe, Alfaz del Pi, Alicante, Torrevieja, Benissa, Finestrat, La Nucía or the area of ​​your choice) , we are your real estate reference and we support you throughout the purchase process, attending you in your own language.

6 ideal Villas from Villas Internacional to receive the spring

A review of Spanish modern architecture

We enter June and begin to notice a gradual increase in temperatures, which reminds us that in a...