A review of Spanish modern architecture 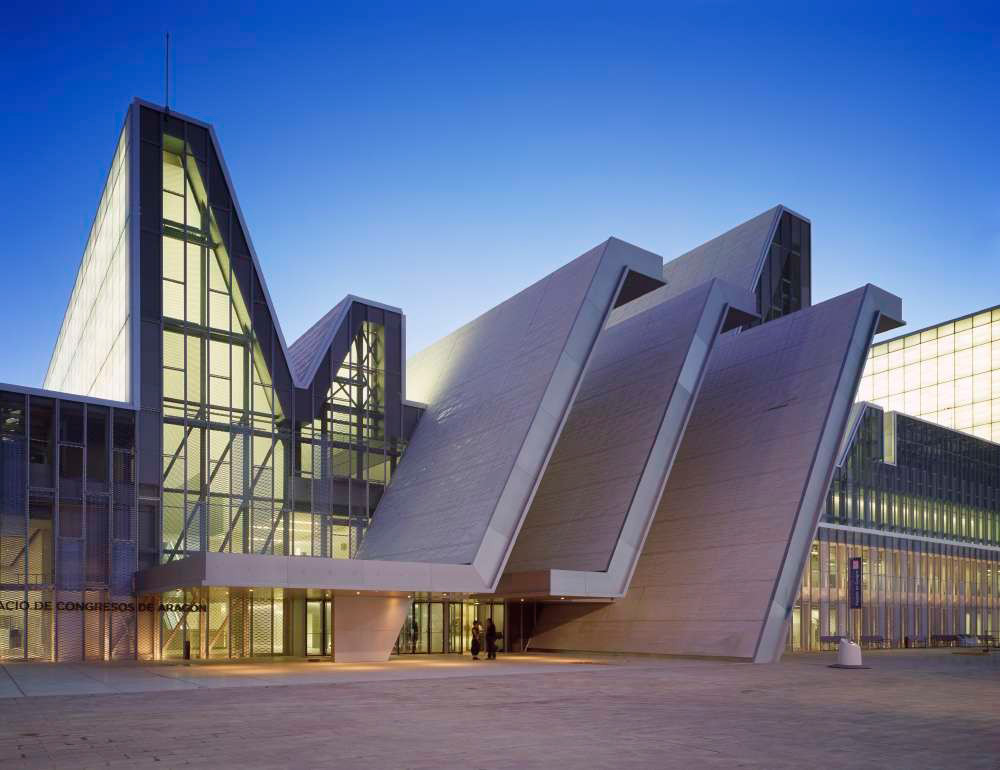 The temporal and geographical extent of the Spanish peninsula and its associated history has caused its architecture to enjoy a multitude of influences and manifestations. Throughout the territory there are traces of architectural forms comparable to other examples of Mediterranean cultures and similar to those of Northern Europe, prior to those documented by Roman sources. But the real development came with the arrival of this culture, which left behind some of its most impressive monuments in Hispania. The subsequent Muslim invasion that began in 711 AD caused a radical change in the following eight centuries and led to great advances in culture, including architecture.
All this exchange and cultural coexistence has resulted in a series of artistic and architectural expressions that have put Spain on the design map. In it, jewels of classical architecture coexist, such as La Alhambra de Granada; the Aqueduct of Segovia; The Giralda of Seville or the Cathedral of Santiago along with exponents of the most modern styles and of which we want to speak to you in this month’s blog.
The twentieth century brought modernism, which Barcelona had as a reference center, so we will start the virtual tour here. The most famous architect in this scene was Antoni Gaudí, who claimed his own style and forms mixing traditional currents with more modern ones.
The Sagrada Familia (Barcelona)
Its construction began in 1882 with a marked neo-Gothic style. A year later the project was delegated to Gaudí, who rethinked its design completely. Gaudí designed an exceptional and innovative temple that was going to be made up of 18 towers, although finally he only had time to create one of them before his death. The architect died in 1926 leaving the project that occupied the last years of his life unfinished but, thanks to the plans that are preserved, his dream becomes reality bit by bit thanks to the work of other artists and the money obtained from the donations and visits.
Although not yet finished, the Sagrada Familia is a striking temple full of religious symbolism. The date of its complete completion is still far away, but it has become a must-see icon for the city.

Torre Agbar or Torre Glòries (Barcelona)
A construction designed by the architect Jean Nouvel known today as Torre Glòries, located on the well-known Avenida Diagonal.The construction, according to Nouvel himself, was strongly influenced by some of the most representative symbols of Catalan culture. On the one hand, he was inspired by the work of the Catalan architect Antoni Gaudí, taking as reference the bell towers of the Sagrada Familia, and on the north-facing part of the tower it was designed with the intention of obtaining an optimal panoramic view of the temple. In addition, Nouvel was inspired by the characteristic pinnacles of the mountain of Montserrat, of great significance for Catalonia to be the place where the temple that houses its patron i situated.
Nouvel explained that the Agbar Tower ran away from the classic American conception of what a skyscraper with parallelepiped shapes should be. The intention of the architect was to make it emerge from the ground in a special way so, being a tower dedicated to the headquarters of a company related to water services, he relied on the metaphor of a geyser sprouting from the depths of the sea.

The City of Arts and Sciences (Valencia)
In 1989, the projection of what was proposed as a reference museum and city of sciences of reference for the capital of the Valencian Community began. The complex is currently made up of different constructions designed by Santiago Calatrava, and which offer an avant-garde image that takes us into the 21st century.
The Hemisfèric offers Imax cinema films of the latest generation, planetarium and an innovative laser show.
The Science Museum is a spectacular building, which houses motifs and interactive scientific exhibitions in which the visitor can touch everything and become the protagonist of curious experiments.
The Oceanogràfic brings together all the ecosystems of the world, with all their inhabitants, animals and plants.
The best performances of opera, concerts and stage shows will be contemplated in the auditoriums that house the Palau de les Arts, with its spectacular oval shape and gigantic design.
Finally, the Ágora is a building conceived as a multifunctional space of great versatility, to host events of diverse nature.

PWC Tower (Madrid)
An urban element that we usually associate with contemporary architecture are skyscrapers. In Madrid there is no shortage of tall towers and one of them is the PWC Tower, designed by the architects Carlos Rubio Carvajal and Enrique Álvarez-Walter Hall. It is the third tallest skyscraper in Spain and the seventh in the European Union, thanks to its 236 meters. Its shape is approximately that of an equilateral triangle with curved sides and the windows have a characteristic arrangement that offers excellent aerodynamics.

Congress Palace of Aragon (Zaragoza)
The Universal Exhibitions are one of the events that mark the architecture of the cities that receive them. In 2008 in Zaragoza was this the reason for the construction of this great building. Fuensanta Nieto and Enrique Sobejano, from the Nieto Sobejano studio, designed it giving great relevance to natural light: a sinuous roof with skylights allows the passage of solar rays to illuminate the interior rooms. The translucent walls of the facades alternate glazed fronts and metal lattices.

Bodegas Ysios (Álava)
This is one of the exponents of different construction and that was elaborated to give entrance to the new century. This is a Rioja winery, considered the most innovative of the Rioja Denomination of Origin. Although for many, this project of the renowned Calatrava may seem too daring, the truth is that it keeps a curious virtue: despite its striking colors and the wavy shapes that draw its silhouette, it blends perfectly with the landscape of the Sierra de Cantabria with which that adjoins. In fact, the Spanish architect relied on this geographical feature to design the winery. The exterior finish is natural aluminum, a choice that causes a great contrast with the warmth of the wood.

Bilbao Arena (Bilbao)
As we have seen in the previous case, contemporary architecture is applicable to all types of buildings and needs, and stadiums and sports buildings are no exception. Designed by the studio ACXT-Idom and giving it a tree shape, with arborescent pillars that hold the structure. The facade is made up of lacquered steel sheets in various colors. All this means that, despite its proximity to the Miribilla Park, there is no negative impact on the sight.

Metropol Parasol (Seville)
It was the German architect Jurgen Mayer who designed the Metropol Parasol or “Las Setas de la Encarnación”, as some know it because of its peculiar shape. For just over one euro you can climb a walkway that runs through the masterpiece above, achieving 360 degree views of the city of Seville. An authentic jewel for photographers and a new way to get to know Seville.

Guggenheim Museum (Bilbao)
Since 1997 the Guggenheim of Bilbao (Basque Country), designed by Frank Gehry, is, together with its giant dog and spider from the outside, the great symbol of modernity and art of the city. Belonging to the Guggenheim Foundation, it surprises visitors both inside and outside. Inside it houses renowned works of contemporary art.

Oscar Niemeyer International Cultural Center (Avilés)
Designed by the architect of the same name and located in the region of Asturias. It is one of the last works of the Brazilian architect, who died in December 2012, at 104 years old. He did not charge anything for the project, donated it in 2007 on the occasion of the celebration of the twenty-fifth anniversary of the Prince of Asturias Awards.

T4 from Barajas (Madrid)
Another example of architecture applied to public service buildings. Terminal T4 at Barajas International Airport in Madrid, inaugurated in 2006, is one of the most avant-garde airport terminals in the world. Accessible and functional, the continuous signs and information posts make this terminal an easy place to find the boarding gate, despite its enormous magnitude. Terminal T4 at Barajas airport was designed by the Anglo-Italian architect Richard Rogers. 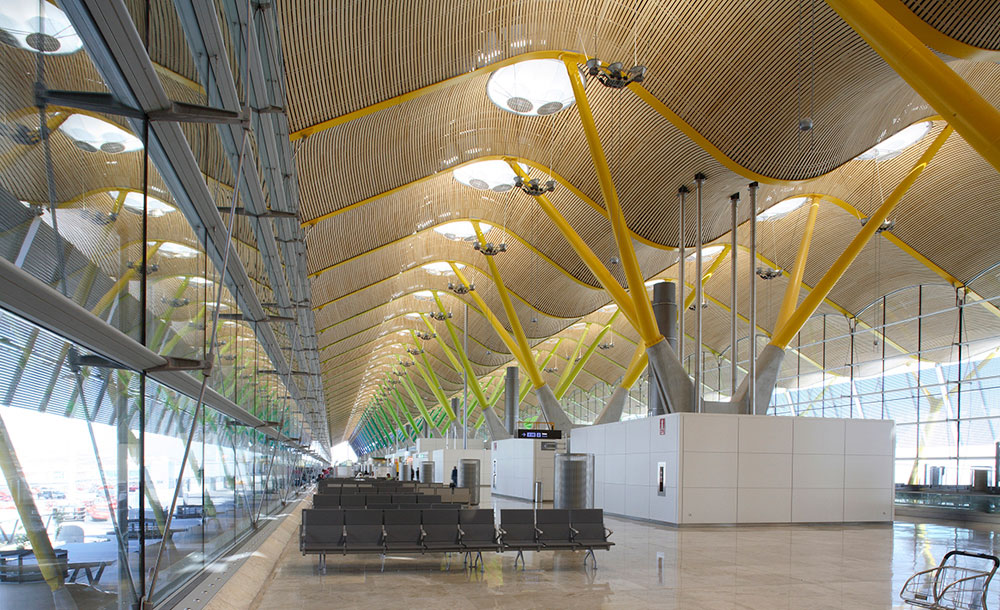 As you can see, in Spain there is no lack of examples of modern architecture, inspired in many occasions by the environment, history and cultural heritage of each region. In Villas Internacional we vindicate the value of functional and avant-garde architecture, with intelligent solutions for users and residents. We have avant-garde design properties in our catalog such as villas, luxury villas, apartments, houses and luxury homes located in the most exclusive and attractive areas of the Costa Blanca. Contact us for more information!

The Holy Week in the Valencian Community